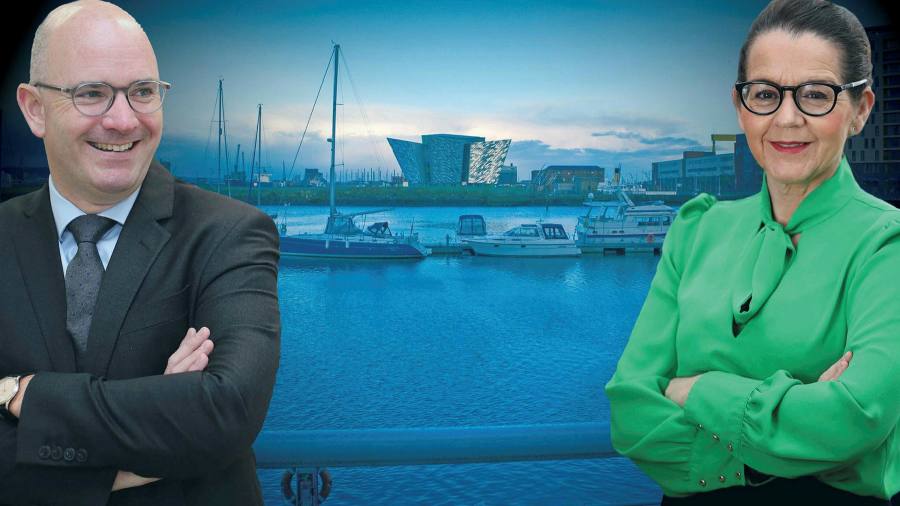 Riots and political unrest usually discourage investors. But the turmoil and upheaval in Northern Ireland this year has not stopped the flow of investment to Belfast by financial and professional services firms, with US banking giant Citigroup and local firm FinTru among employers planning to add hundreds of jobs to the city.

Citi told the Financial Times it would hire 400 more staff in Belfast over the next two years, bringing its total workforce in the city to 3,600, nearly 10 times the 375 jobs created by the bank when it became one of the first large multinationals to plant a flag. in the region in 2004.

FinTru, an eight-year-old start-up providing regulatory technology to global investment banks, will double its workforce in Northern Ireland to 1,600 over the next five years, split between Belfast and Londonderry, also known as Derry, according to founder, CEO and Irishman Darragh McCarthy.

Citi and FinTru plans follow recent announcements by the big four accounting firms PwC, Deloitte and KPMG, which together will create 2,200 jobs in Belfast over the next five years, a significant boost for the professional and financial services industry Northern Ireland, 43,000 strong.

When you look at the businesses we have in Belfast. . . they are all expanding

Multinationals with generous pockets and big hiring plans are especially welcome in Northern Ireland, where prosperity has lagged behind the rest of the UK, as the region struggled even after the deal Good Friday of 1998 ended three decades of sectarian conflict. This has been a particularly eventful year, as the fallout from Brexit sparked the worst riots the region has seen in years and led its largest political party to lose two leaders in a matter of weeks.

“It is extremely important that we have them,” said Gordon Lyons, Minister for the Economy of Northern Ireland, of the world’s leading financial and professional services companies. â€œIt sends a very good message that Northern Ireland is a place to invest, not just for small businesses. . . but also up to the largest multinationals.

Cost is an obvious draw, with top-notch rents in Belfast being less than a quarter of London’s West End and less than half of Dublin, 100 miles to the south, according to data from the estate agency CBRE.

Staff are cheaper too; McCarthy said salary expectations were about 25 percent lower in Belfast than in Dublin when deciding where to locate FinTru. InvestNI, Northern Ireland’s inbound investment agency, also offers generous support programs: PwC has received Â£ 9.8million from the agency to support 108 of the nearly 800 jobs it will create in the future. ‘by 2026.

A more subtle benefit is the ability to form your own talent pool. Citi has spent years working with universities to provide the staff it needs. He also visited schools to encourage students to explore a wide range of careers in financial services.

Citi took advantage of this to expand its Belfast operations to 21 different, tech-led areas employing 1,060 people. â€œUniversities continue to train very good numbers of good quality people, and more and more people are finding out. . . Belfast as a location [to work]Bardrick said.

Meanwhile, 280 people are currently on Deloitte’s apprenticeship program with the University of Ulster, which allows them to work for the consultant four days a week and study for degrees on the fifth.

â€œHere we have one of the youngest populations in Europe. It’s a great starting point, â€said Jackie Henry, Deloitte Senior Partner Northern Ireland.

His company already has 1,000 people in Belfast and plans to double that number by 2025 by investing in areas such as data analytics, cloud, robotics and cybersecurity. Henry, a 32-year-old Deloitte veteran who studied accounting at Queens University Belfast, also chairs the regional government skills advisory working group.

Fintechs also benefited from the talent pool, with Belfast ranked third largest fintech hub in the world for the future in 2019 research by fDI intelligence. â€œIt’s very clear that there are some areas here in Northern Ireland where we’re particularly good,â€ Lyons said.

Another factor in Belfast’s favor is its popularity with working people. Leigh Meyer, the Zimbabwean who has run Citi’s operations in Belfast since its inception, said six of the 14 staff who came to the trial for two years were still there.

Good-sized detached houses within five miles of central Belfast can cost less than a third of something similar in London.

There are still headwinds. McCarthy, whose Irish character prompted him to consider only locations on the island of Ireland for FinTru’s base, said the financial advantage to Northern Ireland’s capital was fading as that more and more companies are piling up and fighting over staff. He has already opened an office in Londonderry with 210 people as a hedge.

â€œWhen you look at the businesses we have in Belfast. . . they’re all expanding, â€said Jessica McGeehan of recruiting firm Michael Page. “PwC recently announced a big tech hub, Belfast is not a place where we have 800 highly skilled people ready for these jobs.”

While not serious enough to prevent companies from doing business in Belfast, the April riots were cause for concern. â€œWe try to sell our services to some of the biggest investment banks in the world and the negative headlines associated with Northern Ireland don’t help our brand,â€ McCarthy said. Henry said the unrest was “a problem here. Uncertainty is not welcome.

However, the tensions over Brexit and Northern Ireland’s place in the UK, which led to the riots, could prove to be the lever for Belfast’s next act. Michael Hall, managing partner of EY’s 600 companies in Northern Ireland, argued that the post-Brexit trade deals set out in the Northern Ireland Protocol could ultimately create “the best of both worlds” by making Belfast a single jurisdiction with a foothold in both the UK and the EU.

â€œIf we can just get that clarity around the protocol and get a little bit of stability, then I think we’re going to see a lot of investment and an increase in the scale of jobs,â€ he added.